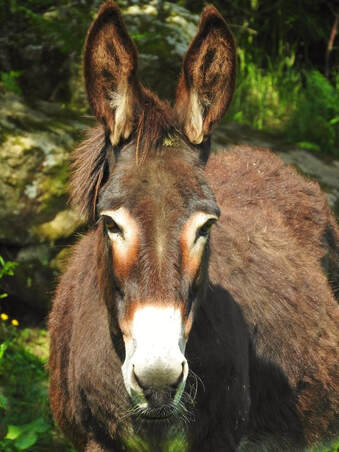 Arrived in October 2010 via Ireland to the market destined for the continent, emaciated and covered in wounds and sores, she had a foal at foot, Rupert. Unbeknown to us at the time Ruby was again in foal although she showed no clinical signs of carrying a foal.

Jeremy was born late in the evening on 27th July 2011; he has grown into a very cheeky, naughty donkey, but very cuddly and loveable!
​
Ruby is a beautiful donkey, although still quite shy and timid, she bears the mental scars of her ordeal and will for many years or maybe even her lifetime.
Adopt Ruby now!