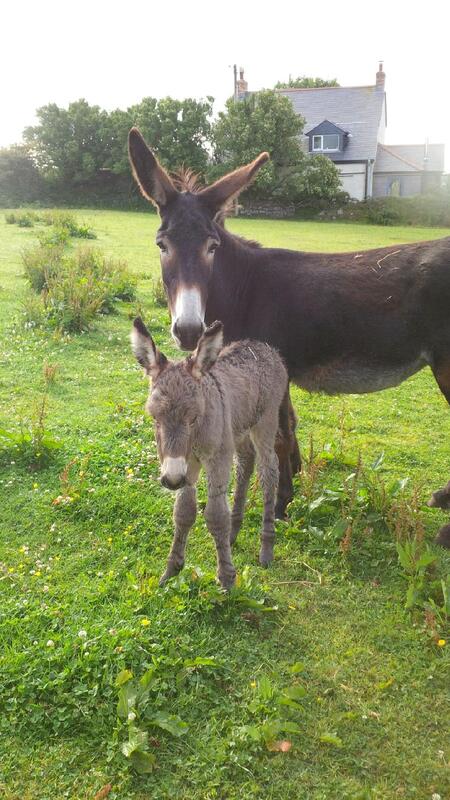 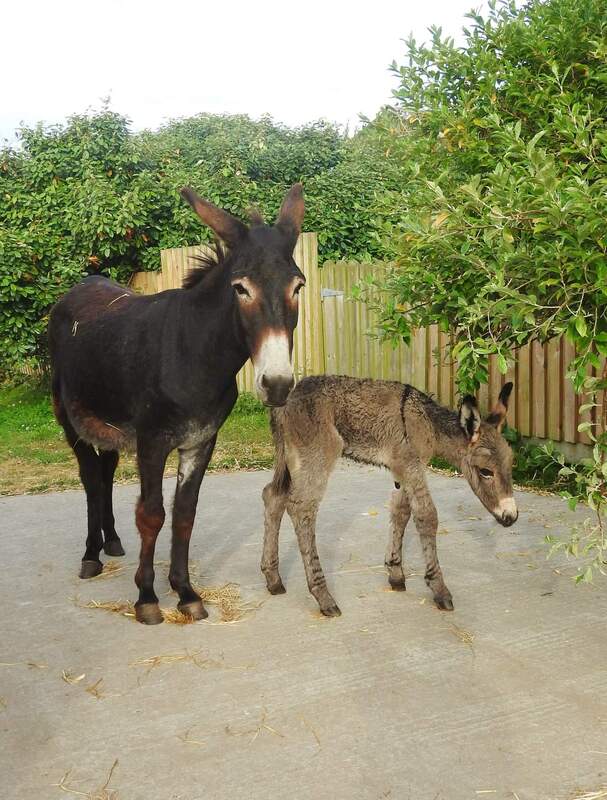 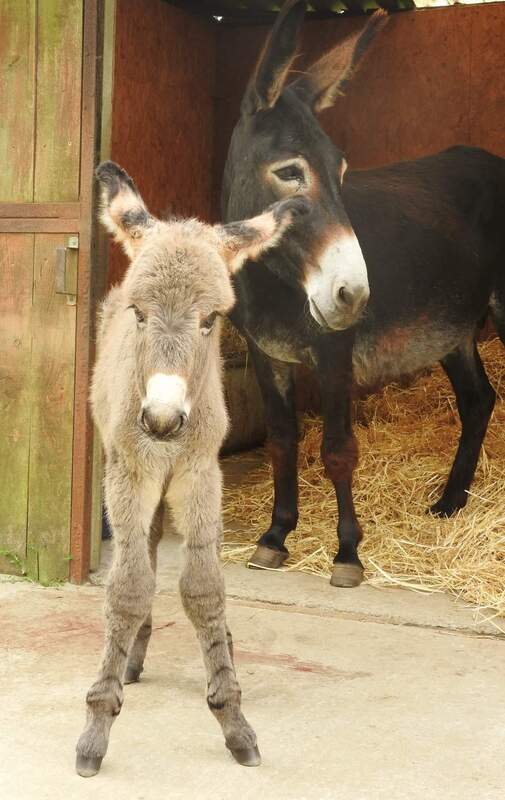 The Flicka Foundation donkey sanctuary, in Penryn, welcomed a new arrival to their herd over the weekend when a new foal was born. Sophia, who was rescued by the charity only last month, heavily pregnant and incredibly underweight, gave birth to a beautiful, healthy and very long legged, baby boy on in the early hours of Saturday 13 July.

Judy Giles, Director at The Flicka Foundation said, “We are over the moon with our new arrival. He is an absolutely beautiful boy, with incredibly long legs – he’s undoubtedly the largest foal ever born at Flicka. His Mother, Sophia, is very underweight and will need lots of specialist attention and treatment to ensure she is healthy enough herself to care for her son.”

She added “Sophia is already proving to be a very protective and devoted Mother. Her tenderness caring for her foal is beautiful to see, and is in stark contrast to the cruelty that many of the rescued donkeys at our sanctuary have suffered; taken from their mothers far too young to be sold at live animal markets.”

In her late teens, Sophia has likely spent most of her life pregnant, breeding to fuel the meat trade in France and Italy. She was rescued by The Flicka Foundation at the end of June, when she was heavily pregnant once again, she and her foal both destined for dinner plates on the continent.

Tired and depressed, Sophia is now being rehabilitated by the charity’s specialist team. Tragically, Sophia will have had many foals all cruelly taken from her at a young age. But thanks to the work of The Flicka Foundation, Sophia and her son will now be free to live out their lives together, safe and happy.

The charity doesn’t breed donkeys, for ethical and practical reasons, but, as was the case with Sophia, sometimes donkeys are already in foal when they arrive. Everyone in the Flicka team is ecstatic to welcome another new foal to the herd.

The Flicka Foundation’s supporters will have the opportunity to name the new arrival in a competition at www.justgiving.com/campaign/namethefoal. The competition runs until Monday 29 July when charity directors will choose a name from all the entries.

More information and updates on the donkeys and the charity’s work is available at ww.flickafoundation.org.uk and by following @TheFlickaFoundation on Facebook and @flickadonkeys on Twitter.

About The Flicka Foundation
The Flicka Foundation Donkey Sanctuary (Charity reg. No. 1153858) rescues and rehabilitates donkeys who have suffered abuse, neglect and abandonment, providing them with a safe and happy home for life. The charity was founded by Mary Berryman in 1995, following the rescue of an elderly pony named Mickey. Mary loved all animals with a passion and could not bear animal suffering. Now approaching its 25th anniversary year, the charity has rescued and rehabilitated well over 700 animals since its inception. There are currently more than 100 donkeys and horses at the sanctuary, where members of the public are welcome to visit the all year round to meet the animals and see the charity’s work.