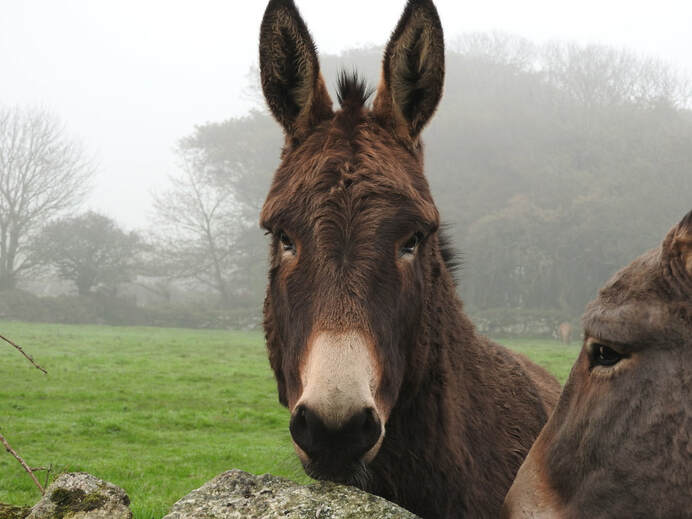 We brought Maisy into the sanctuary in September 2013; she had been taken away from her mother too early and she had spent over seven months on her own. At just over 12 months old when she arrived at Flicka she craved human company and cuddled anyone who was willing (which of course we all were) - resting her head in the arms of those of us who would spend ten minutes with her, or leaning her head over a shoulder, staying there for as long as possible, she even tried to clamber on laps!

It soon became obvious that Maisy was a little afraid of other donkeys and animals. We slowly introduced her to some of the other donkeys, but Maisy was too shy and quiet… then we brought another lonely donkey, Florence, into the sanctuary - now they are inseparable and Maisy’s true cheeky, lovable personality has come shining though.
​
She still absolutely loves people and demands fuss; in fact we are sure she prefers humans to donkeys!
Adopt Maisy now!