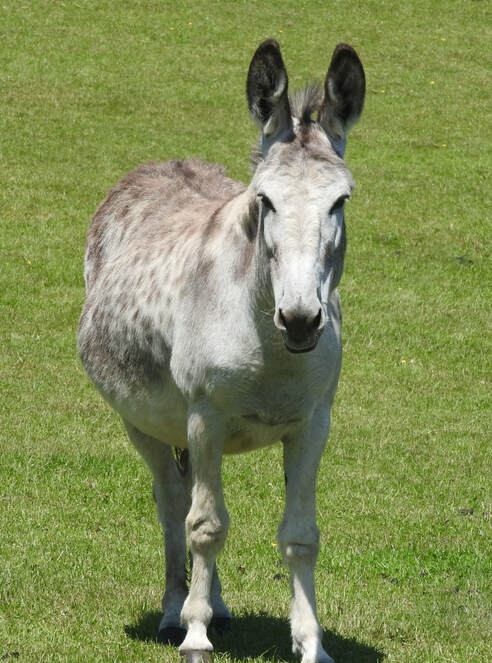 Jewel arrived in the UK in September 2011, from Romania or Bulgaria, en-route to the continent for the meat trade; she was just a youngster herself when she came to us in October of the same year – very frightened, timid, thin and worried, we couldn’t get near her to begin with.

Over the next couple of months it soon became obvious Jewel was expecting her own foal – in April 2012 we were delighted when a little girl, Jemima, arrived fit and well.

Jewel has become incredibly affectionate, it was a very slow process to gain her trust after her emotional and physical scars of suffering, but she is a changed donkey and will do anything for cuddles!

As she gets older her coat is becoming a much lighter silver colour, she is very striking!
Adopt Jewel now!